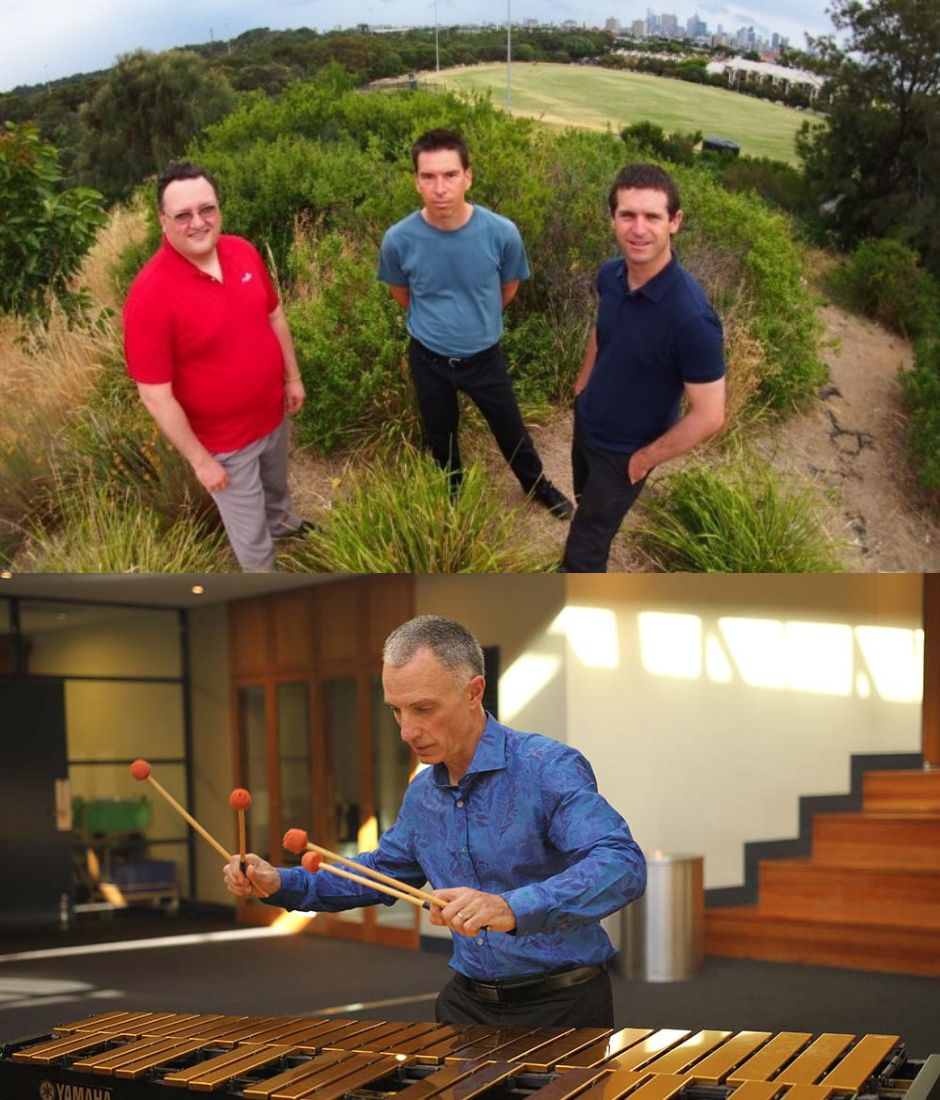 In early 2019. Tripataka premiered a new project for the MJC, with special guest, Sydney vibraphone maestro Daryl Pratt. On that visit the quartet recorded 2 albums, which are now slated for release in early 2023. After several Lockdown-based postponements, Tripataka are excited to reunite with Pratt, and will perform original compositions by the ensemble (including new work for the quartet), as well as releasing their new single “Relativity”. An expatriate American, since migrating here in 1985 Pratt has worked in both contemporary classical music and jazz. In addition to his jazz quartet, Sonic Fiction, he was also a member of the Australian Art Orchestra (1994-2001), AtmaSphere (1991-2003), and the Chad Wackerman Group (1997-2006). Tripataka are Adrian Sherriff (bass trombone, percussion), Jonathan Dimond (electric bass guitar, percussion) and Adam King (drums, percussion)

“Collectively they draw on wide-ranging influences including the Carnatic music of South India, flamenco and the polyrhythms of West Africa and Zimbabwe. The three players bring not only a jazz improviser’s mentality to bear in exploring and incorporating the assorted rhythmic devices, they also apply the precision of, say, a string trio…” – John Shand, The Sydney Morning Herald