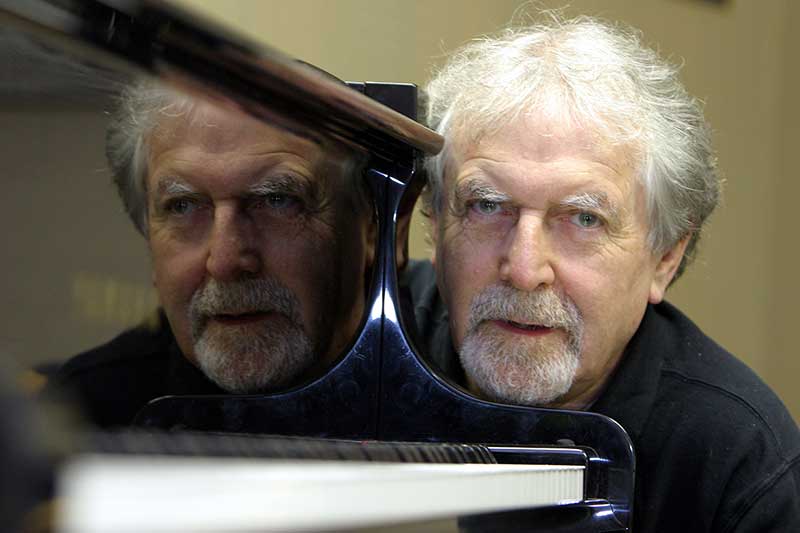 This special concert is the first celebration of the 80th birthday – and ongoing career – of the highly respected pianist/composer/educator Dr. Tony Gould, who retired from his full time position as Professor of Music at Monash University at the end of 2015, but has continued to teach (including work at the James Morrison Academy).

Gould is possibly the most ‘formally’ recognised figure to work in the Australian jazz scene (although he refers to his music as “post-jazz”), with a Two Year $80,000 Australia Council Fellowship over 2006/2007, and a Don Banks Fellowship in 2009 (as well as an Order of Australia), plus the 2011 Australian Jazz Award “Hall of Fame”.

For this occasion, he is joined by some talented young graduates for the JMA in Anton Schultz (acoustic bass) and Ollie Shute and Sam Newman (drums), together with some invited guests in Angela Davis  (alto saxophone); Stephen Magnusson (guitar); and, Emma Gilmartin (voice).

He also wishes to “reintroduce” two of his favourite pianists – Colin Hopkins and Tim Stevens – who both went through the VCA will Gould was there, with each performing a solo cameo.  Concluding the concert will be a set from the truly exciting Arte Kanela Flamenco group, with Richard Tedesco (guitar), Johnny Tedesco (palms), Chantelle Cano (dance) and Joseph Batrouney (cajón).