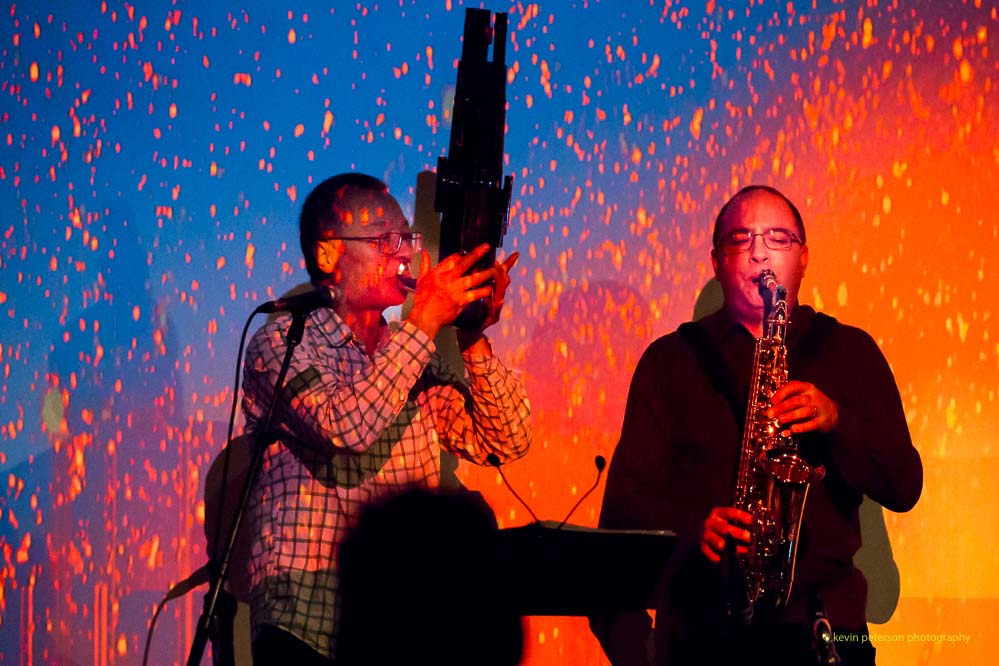 The trio Origami, formed by saxophonist/composer Adam Simmons in 2010, has been hailed as one of his strongest projects, featuring Howard Cairns (acoustic bass) and Hugh Harvey (drums).

Origami’s sold-out concert at Stonnington Jazz Festival this year was described by Australian Book Review as “the standout performance” of the Festival. Their album Wu Xing—The Five Elements, was nominated for The Age Music Victoria Awards Best Jazz Album 2018, with its mesmerising exploration of the Wu Xing—the five elements (wood, fire, earth, metal and water) that underpin Chinese philosophy, drawing parallels between music and nature, and featuring guest Wang Zheng-Ting (sheng, or Chinese mouth organ). Ting is a world-renowned musician, musical director, lecturer, author and  ethnomusicologist whose “exceptional artistry” sees the Sheng “flutter and dance with the delicacy of butterfly wings, though it can also pulse with rhythmic vitality” (Sydney Morning Herald). This concert is the start of a national tour with Ting.

“… arguably the standout performance of the Festival… This was music of dreams, full of space and ethereal sounds, magisterial, that floated and danced in a darkened room, lit only by Jean Poole’s dramatic video projections that served to heighten and intensify the experience.”