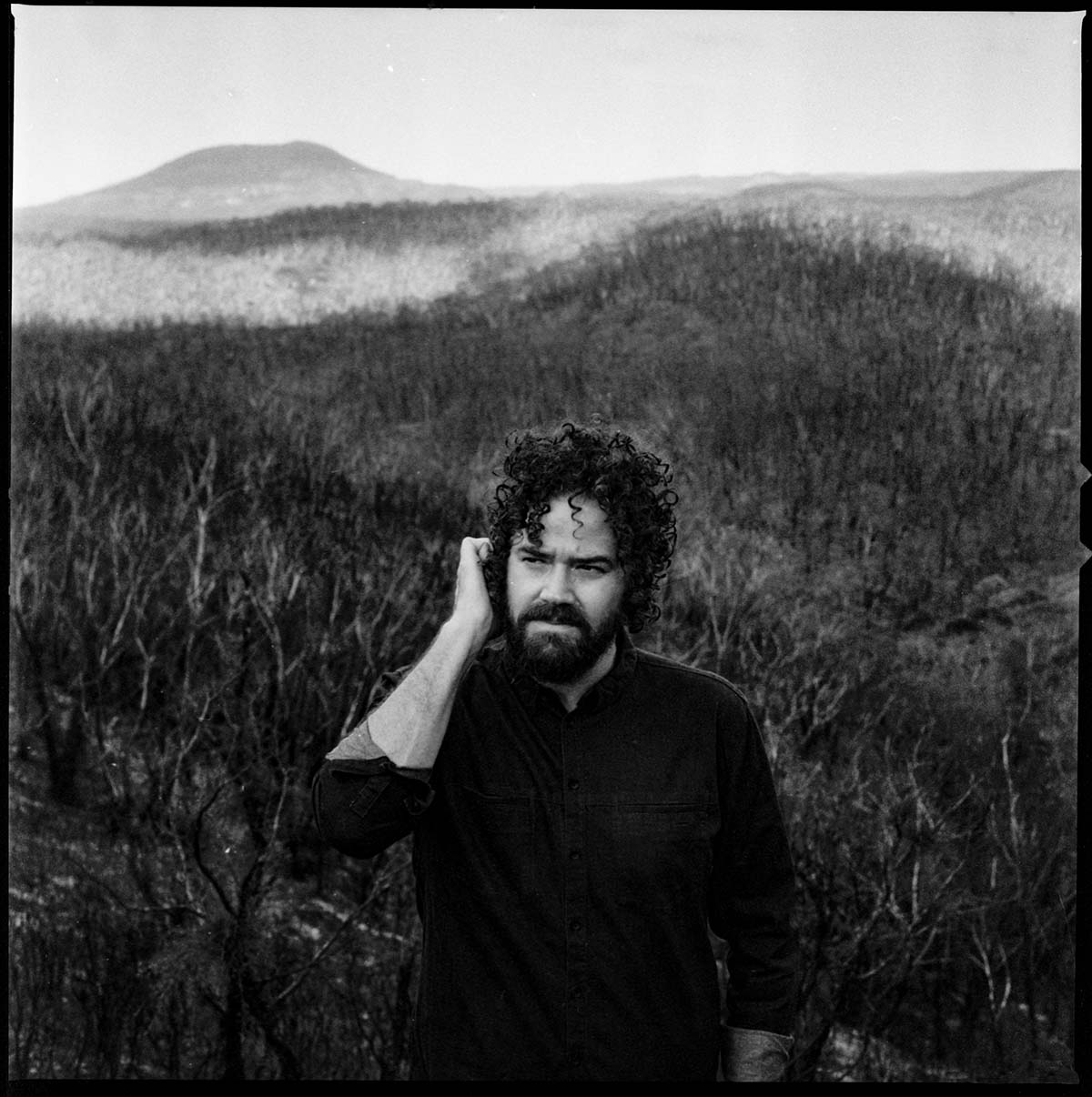 Sydney percussionist/composer returns to Melbourne to launch Prophecy – his third solo album in as many   years for the UK’s Leaf Label, following Distant Early Warning (2018), and last year’s acclaimed Holy   Spring. Created during the height Australia’s recent catastrophic fires, the music on Prophecy adopts the   working formula of ‘one-take’ studio performances for drum kit and sampler; channelling the moment   through Pike’s singular, organic use of electronics, and intuitively constructed arrangements.

Pike has been operating across the electronic, rock and jazz music worlds for the better part of two decades with dozens of critically acclaimed releases to his name as part of forward-thinking groups such as PVT, Triosk and Szun Waves (with Luke Abbott and Portico Quartet’s Jack Wyllie), as well as collaborations with the likes of legendary jazz pianist Mike Nock, Bill Callahan, Burnt Friedman, Sarah Blakso and D.D Dumbo. Pike also recently joined avant-rock band Liars, who are currently working on a new studio album. View https://www.youtube.com/watch?v=erUTptAa730

“His solo work is a marvel, radiating the absolute confidence of a man in command of his instruments and making very difficult things seems inevitable. He creates a hyper-aware universe of constant, new, undefinable sound, that only he could make. He expresses himself through performance with a commit-ment that goes far beyond energy and will… Holy Spring is a mature and enthralling work that gives us real ritual. Ceremonies taken seriously that generate real power” – the Quietus, UK.

Acclaimed clarinetist Aviva Endean is performing the first set. She is the recipient of 2015 Freedman Music Fellowship, and the inaugural AAO’s ‘Pathfinder’ Music Leadership program, and released her debut solo release, cinder: ember: ashes, in 2018 on the Norwegian label SOFA.