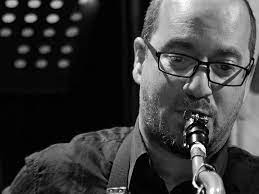 Under the moniker of The Natives, Gideon Brazil (saxophone and flute) led a quintet that independently released their debut album, Yma Jam Yma, back in 2007. After a long break of several years, the Gideon Brazil Quintet is reformed, with this performance being in preparation for an upcoming album recording.