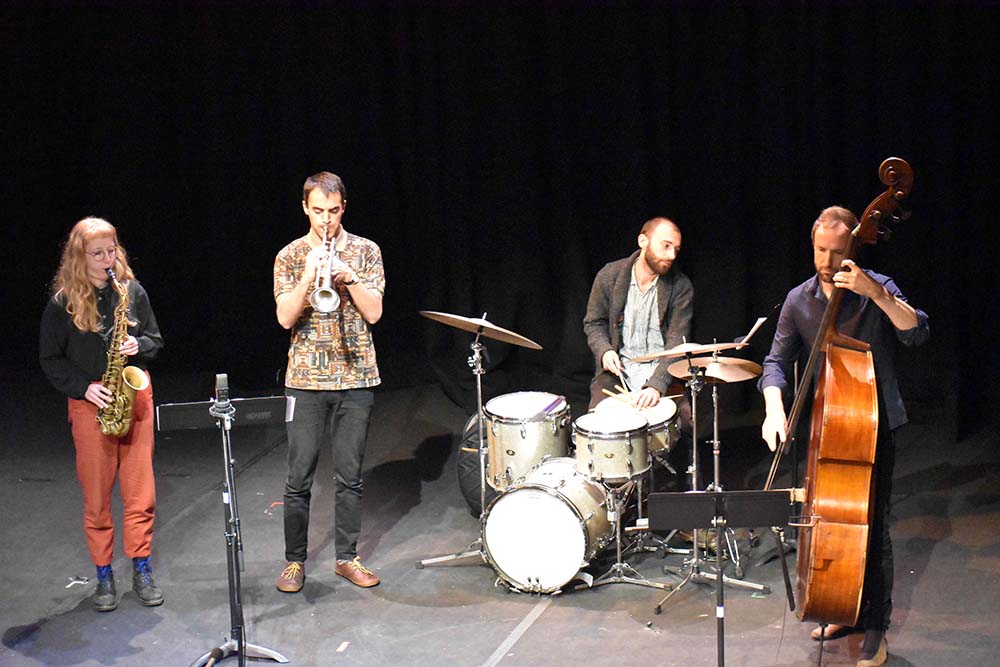 Niran Dasika is an award-winning trumpeter with a distinctive, etherial sound and lyrical improvisatory approach, described as “ravishing” (The Sydney Morning Herald) and “exquisite” (Australian Book Review), who had been recording and performing in Japan prior to travel restrictions.

Runner-up in 2017 National Jazz Brass Awards, in 2019 he was named Young Australian Jazz Artist of the Year at the Australian Jazz ʻBellʼ Awards, received a APRA AMCOS Professional Development Award and was nominated for the Freedman Jazz Fellowship. In August 2019 he attended the Jazz and Creative Music Workshop at the Banff Centre, Canada, under Vijay Iyer and Tyshawn Sorey, and ironically met up with Flora Carbo (alto sax) for the first time and Joe Talia (drums).

Carbo’s career has paralleled Dasika’s, as a finalist in the Bell Awards, and a finalist for the 2021 Freedman Jazz Fellowship.

Dasika and Carbo premiered this project for the MJC’s 2020 Online Concerts, performing their originals with bassist Sam Anning (bass) and now joined by drummer Joe Talia (who has been largely based in Tokyo in recent years).

“Like birds singing in a placid twilight… glows with a luminescent reverence”. AllAboutJazz.com review of ʻSuzakuʼ