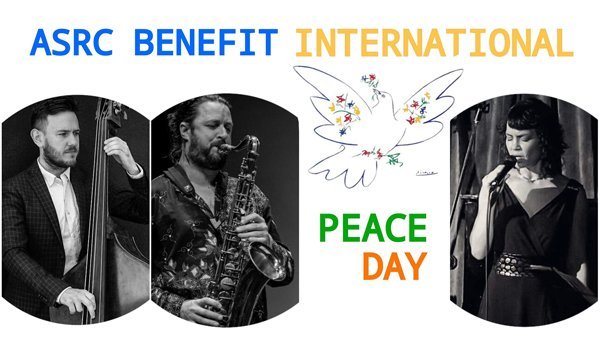 Three ensembles – Jazz and Social Justice, ARC and Wirecutters – come together in celebration of International Peace Day and in support of those seeking asylum and refuge. This year’s Peace Day theme is: “Climate Action for Peace”. It recognizes that natural disasters displace three times as many people as conflicts, forcing millions to leave their homes and seek safety elsewhere, and that the growing tensions over resources and mass movements of people are affecting every country on every continent.

Wirecutters is an ensemble led by bassist Oscar Neyland devoted to the music of Charles Mingus, Eric Dolphy and Mal Waldron. Paying homage to these great composers, the Wirecutters infuse each piece with their very own adventurous and aggressively creative approach. ARC – The Autonomous Resilience Collective – was launched by bandleader Julien Wilson on early 2017 as a direct reaction to world events.

ARC has no core members but aims to offer a unified channelling of the bonds of conscientious resistance to unchecked power, while simultaneously providing an uplifting balm for weary souls.

All proceeds go to the Asylum Seeker Resource Centre (ASRC), the largest independent human rights organisation for refugees and people seeking asylum in Australia. This event is kindly sponsored by the Melbourne Jazz Co-op.