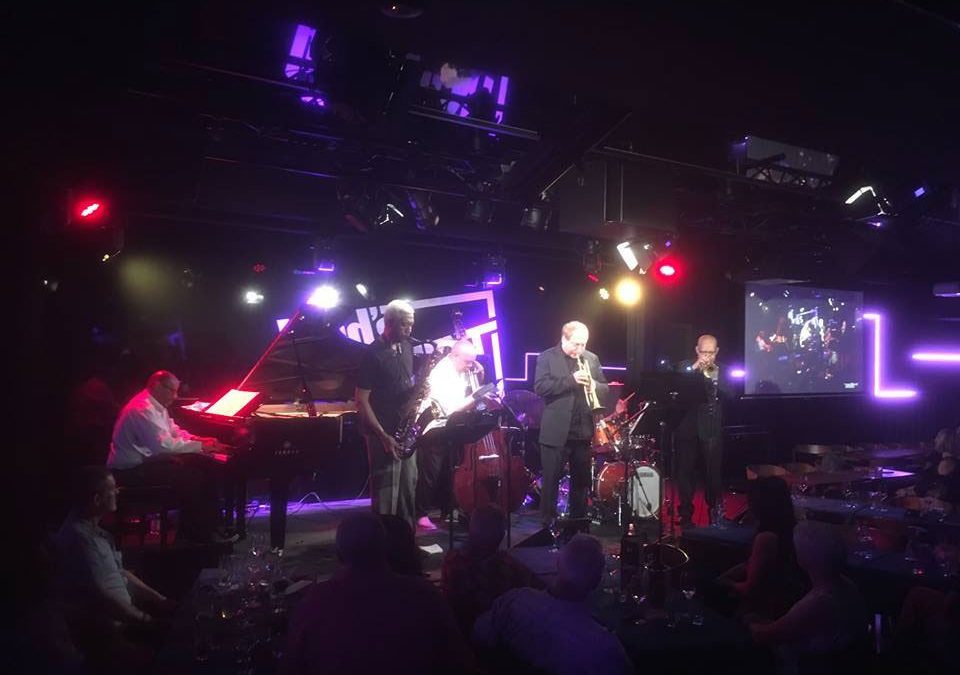 The national jazz scene was shocked and dismayed by the unexpected news last Friday of the “postponement” of the Wangaratta Festival of Jazz and Blues in 2019. This followed the announcement of Adam Simmons’ resignation as co-Artistic Director a few days earlier (although the two announcements were not directly linked according to Simmons).
In the Wangaratta Chronicle on February 1, Board chair Miriam Zolin (who took over the position in late November from Mark Bolsius) asserted that, “If we hadn’t had this break, the festival wouldn’t have made it beyond this year.” (It has now emerged that the City of Wangaratta ‘bailed out’ the 2018 Festival with $100,000). Adding to the concern, in the same article, the city’s mayor, Cr Dean Rees, said “it may be time to steer away from jazz”. And, to muddy the waters further, the Chronicle ran a rather meaningless and unhelpful Poll of Facebook, which showed that 51% wanted the Festival to continue, while 49% opposed it. Now the Mayor has announced that the City will be staging “a multi-genre music event” over November’s Melbourne Cup weekend which “could bring an end to the long-lived jazz festival”. Meanwhile, former long-term Chair of the Festival, the tenacious and indefatigable Patti Bulluss, is organising a local group to fight for the staging of the Festival in 2019.

This is not the first time that the very existence of the Festival has been seriously threatened (previously by the City’s administrator), when it was “rescued” then by Bulluss and a band of committed locals who believed in the event, and personally invested in it. But this time it could be different (with many locals seeming to take the Festival for granted, and displaying an ambivalent attitude towards it).

So, how did it come to this situation? Well, Dr. Dominik Safari’s thesis on the viability of Wangaratta is about to be published, and predicted this outcome. And, as someone who has attended every Festival (often with some minor involvement), I could see that things have been sliding to this point over several years now.

Overall, the Festival has generally been managed by a well-intentioned volunteer Board of predominantly local residents (with negligible experience in music presentation or festivals), who have been involved on a well-intentioned basis of community service.

Preference was given to “locals” for employment whenever possible. Through this policy, Greg Mirabella (husband of then-MP Sophie Mirabella) was appointed as Festival Manager for a period. For the last 8 years Nolan Media and Events (run by the daughter of a high profile local family) managed the production and promotion of the Festival (until they resigned from the event a few months before the last Festival).

Coincidentally (and somewhat ironically), at this same juncture, Jenn Kerr has announced her departure from the MIJF as General Manager – also after eight years. Her tenure has seen the solid growth and expansion of the Festival.

Kerr is a classically-trained musician who completed a degree in Arts Management at WAAPA, and came to the Festival with experience at a rural festival, and several music organisations. She has produced a very impressive achievement for the Festival, having single-mindedly worked at making the Festival financially secure, and having overcome some State funding cuts to significantly expand the audience and supporter base over her time (She has also been aided by the fact that Artistic Director Michael Tortoni has a background in the corporate world, as does the Festival’s Chair, John Stanhope, AM).

It is no coincidence that Wangaratta’s peak period aligned with its major sponsorship from the T.A.C. (which seemed an ideal match). When this was lost through changes in TAC’s management, a comparable sponsor was never found.

Another of the factors for the Festival’s financial position is that fact that they “lost” their Australia Council funding (They were certainly not the only arts organisation to do so, as the damaging after-effects of the $104 million that then Minister for the Arts, Senator Brandis, “took” from the A.C. budget in 2015 still continue to ripple through the arts community).
But the way that they handled their A.C. funding/sponsorship, together with that of at least one significant Sydney-based benefactor, fell well short of the mark, giving the impression of taking these supporters for granted.

Decisions such as letting go of the services of a highly-respected professional publicist (who was working at ‘mate’s rates’); ceasing printing of brochures and posters; lack of efficient communications, etc. have all gradually had a damaging impingement on the Festival’s profile and success.

That the Rural City contributed $100K to the Festival should not be so startling and extraordinary, as the Festival’s patrons bring much more than this figure into the local economy.

And, in the last year, there were definite improvements in the delivery of the Festival (as Adam Simmons cites, such as the Merriwa Park, and revamping of St. Pat’s venue).

I believe that the Festival still has real relevancy and further potential, and the Australian jazz scene desperately needs this ‘showcase’ event for Australian artists. As such, the MJC will do all that we can to support it.

Whether the Festival happens in 2019 or 2020, this is probably the “reset” that it needed to shake some complacency from some of the organisers (and some of the locals too). Chair, Miriam Zolin, has a very long-standing commitment to the arts generally (and jazz specifically), and possesses the skills to achieve this.

In addition to Adrian Jackson’s O.A.M., it is also wonderful to see Jack Mitchell’s contributions as tireless Australian jazz discographer finally acknowledged with an O.A.M. too.
The longevity of his work has stretched well over five decades, and has been a largely thankless task.

Lastly, having attended four nights (and eight sets) of The Cookers, I would wholeheartedly urge every jazz listener to catch their last concert tonight at 7.45 pm (before go on to our MJC presentation at The Jazzlab, of course).
Trumpeter Eddie Henderson, saxophonist Billy Harper, and drummer Billy Hart all demonstrated the artistry that confirms them as living “masters”. Pianist Stephen Scott and bassist Santi Debriano were both very impressive, while trumpeter David Weiss has really developed since their 2017 visit.

Tickets are a very reasonable $30-$65 + b/f for an ensemble of this reputation.

* Adrian Jackson, former Artistic Director of the Wangaratta Festival is, of course, the younger sibling of Martin Jackson