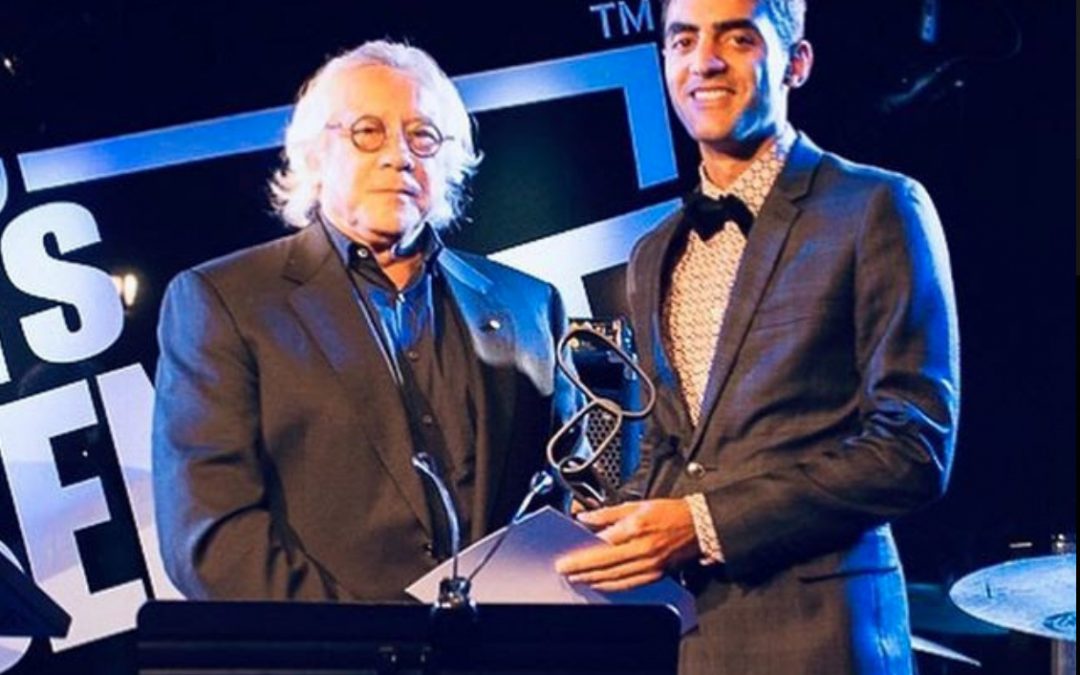 It was with some palpable relief that I attended the Australian Jazz Awards (especially as it was just a few days after being discharged from hospital). Having worked on these Awards for more than six months, it was great to finally cross the ‘finishing line’, and having it all – well, almost all – come together.

Having been a Judge for much of the Awards’ history, I have always been a strong believer in their overall importance. So when their viability for this year was questioned because of staff issues, I volunteered to step in (as MJC representative) to co-produce the Awards on a purely voluntary basis. As such, one innovation that I was able to introduce was the induction of three honorary Hall of Fame awards (all posthumous) to three important figures in Australian jazz: pianist/composer Bryce Rohde; promoter/producer Horst Liepolt; and, keyboardist /composer Allan Zavod (For those not familiar with their contributions, a little research will provide you with some impressive achievements). Coincidentally, Adrian Jackson had received his OAM at Government House the previous week, so these honorary Bells are symbolic of the need to recognise our jazz contributors to Australia’s arts heritage (something that has not really happened before). I believe that Horst Liepolt would also make a worthy inductee into the ARIA Hall of Fame (especially as he received a Grammy Award as a producer) to become only the second ‘jazz member’ (beside Graeme Bell).

Adrian Jackson posted that, As always, it was a very enjoyable night. Many worthy winners received due recognition, and I hope the other nominated finalists feel they benefited / were encouraged by reaching the top 3 in their respective categories.

Some sensational music was played : Joe Chindamo solo ; Barney McAll in a duet with Josh Kyle ; Barney in a trio with Jonathan Zwartz and Felix Bloxsom ; that trio with Niran Dasika, then with Julien Wilson ; Stephen Grant in a trio with Tom Lee and Felix.

It’s a pity that Albert Dadon was absent (he was recuperating from recent knee surgery). He has put a lot of energy, ideas and money into creating and sustaining the Bell Awards. He has already received an Order of Australia, it would be nice to see him receive more widespread recognition within the broader jazz community, but he certainly received respect and acknowledgement from the award winners last night.
Well done to Miriam Zolin for her MCing job.

Adrian Jackson was Artistic Director of the MIJF and Albert Dadon the Festival Chair when the Awards were created 17 years ago. As I discovered first-hand this year, Dadon not only contributes a large amount of the Award money, but his company also covered the costs of the IT work; the publicist; the House Band, technical staff and venue; and, the Awards themselves (as well as making his Office staff available to assist me).

The night itself is a great networking opportunity for many artists, and also brings together representatives of broader organisations (such as Music Victoria and APRA) to interface with the jazz community. Thus its value extends beyond just the “winning” artists.

As Chair of the MIJF, Dadon singlehandedly ensured that the Festival attained Major Events funding, and later contributed an extremely large amount of his own finances into the Festival. This contribution seems to have gone largely unacknowledged. Dadon can be a polarising character, and partially because of his considerable wealth, there seems to be some sections of the jazz community who do not want to fully acknowledge his contributions.

While I respect the right to have individual positions, I do get frustrated that some are critical mainly on the basis that their only artistic egos have been bruised (rather than seeing the benefit for the overall scene). And I do know that without Dadon’s continued support, the future of the Awards in this format would definitely not be looking positive.

Having just completed an Australia Council grant application for the 38th. successive year, I can assure you that it is neither the bureaucratic demands nor levels of remuneration that have kept me working on the MJC. Indeed, like being a music teacher, one of the rare rewards is seeing certain potential talents develop and blossom. Recent examples would include alto saxophonist Josh Kelly and trumpeter Niran Dasika (two Monash graduates) who have had annual MJC gigs over the last few years, and have both displayed impressive growth as artists.

I was quite surprised that Dasika did not make the final three of The Music Trust’s 2019 Freedman Jazz Fellowship after being in the final 10 (but I believe he came under close consideration).

However, he did receive $5,000 as the Young Australian Jazz Artist of the Year in the Australian Jazz Awards, and followed this two days later by receiving the $15,000 APRA/AMCOS Professional Development Awards for Jazz. Dasika certainly does not fit the stereotype of the brash, uber-confident swaggering jazz trumpeter, as his approach reflects the serious, self-reflective and thoughtful personality that he is. He moved to Perth this year (performing for the MJC on a visit in April), but is planning to relocate back to Melbourne before the end of the year. He will playing the MJC‘s last gig for 2019 (on December 22), as well as performing with Tokyo pianist Sumire Kuribayashi on July 26 (continuing their deep collaboration, which was so impressively showcased in several concerts at the 2018 Wangaratta Festival).

I look forward to hearing Dasika’s continued forward career trajectory both here, and in Japan (where he performs on a regular basis).

I thought that Tamara Murphy had put together an impressive tour of Australia and New Zealand for Spirograph Studies’ CD Launch, but New York-based pianist Ben Winkelman has produced an even broader one, starting with a concert here, at The Salon (details below). Great work, Ben!

Also great to see the MIJF eNewsletter/Blog expanding in breath of content, and becoming more regular. You can subscribe to it here (if you do not already receive it).

Lastly, in recuperative mode after surgery, I am forced to undertake some “passive” activities (such as reading and finally catching up on some of the many jazz DVDs I bought on my 2018 trip). Amongst others, I finally watched the 2014 documentary on Rahsaan Roland Kirk, The Case of the Three Sided Dream. Jazz has produced so many totally unique characters in its history, and Kirk has to be high up in any list. He was such a multi-faceted musical talent that it was easier to dismiss as a ‘showman’ (as at least one Sydney critic did on his 1974 tour here) than to credit all of his innovations. He was such a great ‘life-force’ that even a stroke that left his right arm paralysed could not stop him. This video is an example of him performing one of his originals ‘one-handed’ on his specially-modified tenor saxophone with the Gil Evans Orchestra. Not exactly near the level of his peak work as a soloist, but what an inspiration!