Warning: Declaration of ET_Theme_Builder_Woocommerce_Product_Variable_Placeholder::get_available_variations() should be compatible with WC_Product_Variable::get_available_variations($return = 'array') in /home/bartonem/public_html/mjc.org.au/wp-content/themes/Divi/includes/builder/frontend-builder/theme-builder/WoocommerceProductVariablePlaceholder.php on line 8
 Editorial – 3 September 2019 | Melbourne Jazz Co-op
0 Items 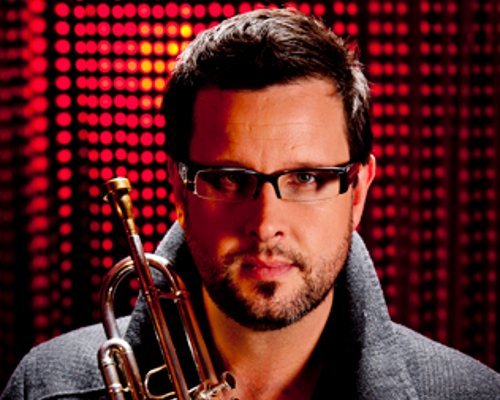 Like many patrons, I knew that Roscoe Mitchell would ensure some ‘heavy’ music, but I was a little unsure as to how the style and spirit of the Art Ensemble of Chicago would morph into its latest iteration (with only its founder, and its original drummer still with us). However, with the focus on the 79 year old’s Mitchell’s soprano and sopranino saxophones, and trumpeter Hugh Raglin (who has a four decade association with Mitchell), the septet produced a rich tapestry of sounds and rhythms which were thoroughly imbued with the AEC ethos.
Almost 40 years since their triumphant debut tour here in January 1980, this was a triumphant performance (and demonstrated how one of the older creative ‘masters’ still has a totally unique voice and vision).

In addition to attending the AEC’s three shows at Sydney’ Seymour Centre (where brother Adrian introduced me to Charlie Munro), I worked on the promotion of their Melbourne concert for Horst Liepolt and Greg Quigley (as part of the Melbourne International Jazz Festival (with the David Liebman Quintet and Abdullah Ibrahim’s quintet) at the Dallas Brooks Hall. Having attended a workshop of the AEC at the Creative Music Studio, Woodstock, in December 1978, I had already seen them in concert there. I also saw the AEC quintet perform again at the 1988 Chicago Jazz Festival (together with Sun Ra Arkestra, Rollins, Getz & J.J. Johnson, Haden, Hancock, Andrew Hill, Griffin, et al).

Speaking of septuagenarians, it was also inspiring to see soon-to-be 79 year old pianist Mike Nock in great form on Thursday night, weaving his magic to make standards sound fresh in his ‘interactive’ gig with his Trio and the wonderful vocalist Kristen Berardi at Bird’s Basement.

The Wangaratta Festival of Jazz is continuing in its efforts to demonstrate that the new Board is capable of getting the event back ‘on track’ in 2020 (and beyond) by announcing the appointment of Eugene Ball (pictured) to the team of Co-artistic Directors responsible for 2020 Wangaratta Festival program. This follows the equally important appointment of a General Manager, Ms. Leanne Mulcahy. Over several years there has been some clear weaknesses in the administration’s management of the Festival, and a totally fresh approach was needed (Topically, current Liberal Senate hopeful Greg Mirabella, whose wife Sophie Mirabella was the local Federal MP at the time, was given the role of General Manager of the Festival in earlier times, before he resigned for personal reasons).

As to Eugene, in the very early stages of his career, with The Hoodangas and Allan Browne’s New Orleans Rascals, he did try to cultivate something akin to a ‘rascal’ image. But behind this image, he has been a very hard worker on his skills as a trumpeter, arranger and composer (particularly with projects such as the Bennetts Lane Big Band). He has also become a highly-respected educator, and in recent years stepped up to the position of MJC Chairperson (following the passing of Allan Browne). In that role, he has been a ‘real contributor’, curating our 35th. Celebration Concert and initiating other ideas (and is much appreciated). He should provide an ideal complement to the tastes and skills of Zoe Hauptmann and Scott Solimo in the Artistic Director team. Congratulations, Euge!

Lastly, congratulations also to all of the recipients of the APRA/AMCOS and AMC Art Music Awards 2019.