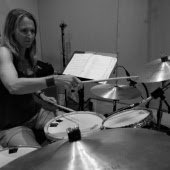 The Melbourne Women’s International Jazz Festival commences this Sunday night, and has managed to offer plenty of worthwhile music, with some ‘new’ younger groups, as well as two Sydney acts. By my estimation, this is the 21st. Anniversary for the event (as it was started by the MJC is 1997, but it was postponed in both 2008 and 2011). However, there is a stark contrast with the recent 2019 Sydney International Women’s Jazz Festival, which has gone from strength-to-strength since it commenced in 2012.

Being staged in early November, it has managed to share artists with the Wangaratta and Perth jazz festivals. Although the Wangaratta festival did not happen this year, the Sydney and Perth events shared Canadian saxophonist/ composer Chelsea McBride and American vocalist Veronica Swift. Combined with the exclusive appearance of New York saxophonist Lakecia Benjamin, the Sydney festival can certainly lay claim to the “international” in its title.

The main reason for the considerable difference in levels between these two events is simple: financial resources (and allied staffing resources).
This year the MWIJF is running purely on its very meagre cash reserves: it was unsuccessful with its APRA/AMCOS grant, and does not qualify for City of Melbourne because of the location of its main venue.

In dramatic contrast, the SIWJF has funding from the City of Sydney, Australia Council, NSW Government, APRA/AMCOS, and the Anthony and Sharon Foundation (previous longtime supporters of the Wangaratta event), amongst others. It also is managed by the administrative “team” at SIMA.

With ill-health affecting dedicated Brisbane-based Festival A.D. Lynette Irwin in recent years, in-demand drummer/full-time music teacher (and sometime bandleader and composer) has again worked tirelessly and almost single-handedly to produce this event on a purely voluntary basis. As always, she has done a great job, but could do with some help from others (such as some of the younger women musicians).

SIMA (Sydney Improved Music Association) was formed a year after the MJC, and is celebrating their 35th. Birthday with a Fundraising Event on December 5 at Foundry 616 (the venue owned by SIMA’s founder and longtime President and A.D., Peter Rechniewski). Congratulations to the SIMA team, particularly A.D. Zoe Hauptmann and General Manager, Amy Curl,who have reinvigorated the organisation in recent years.
For virtually all of its history, SIMA has secured the highest level of combined State and Federal funding of any jazz organisation in the country (with generous State levels matched by A.C. policy for most of its first decade). This has enabled it to not only build up its resources, but to also produce many initiatives over the decades (such as international touring). Melbourne audiences benefited from its touring in the 1990s of international artists such as the Roy Haynes Quartet, Andrew Hill, Dewey Redman Quartet, Kirk Lightsey, Jane Bunnett, Steve Lacy, Gary Bartz, and Bobby Previte’s Latin for Travellers, amongst others. It has also been a co-presenter of the Freedman Jazz Fellowship concert, and the NOW Now festival (as well as founding the Women’s Festival).
SIMA has been solidly and consistently funded by the NSW Government throughout its history (with the unconfirmed possible exception of one short break).

In stark contrast, the MJC – like many other Victorian arts organisations – has had a very mixed “lottery” record of results with State funding under both Labor and Liberal Governments (and beginning with extremely modest levels of funding too for more than our first decade).
The NSW Government has a long record of strongly supporting its jazz scene, with very significant support to the NSW Jazz Co-ordination program (as well as SIMA), amongst other projects. It has often expressed interest in supporting a major jazz festival in Sydney too. In contrast, the Victorian Government was both slow and parsimonious in its support of the A.C. initiative of State Jazz Co-ordinations. Another historic reason for our mixed results was the lack of a Music Panel in Victorian assessments for most of our existence (in contrast to the large Music Assessment Panel in NSW). The revamping of ArtsVic into Creative Victoria under Minister Foley has done much to improve the funding process. However, the budget for arts funding seems to remain a core issue.

The MJC was informed last week that we were unsuccessful with our State application, which means that we will be without State support for all of 2020 (unless we are successful with another application for financial year funding, for the second half of 2020). The success rate was around 22% (from the figures that I was given verbally), which makes it very hard to be successful.

But to be realistic, it was most unfortunate that both the Australian Art Orchestra and MJC applied for Two Year funding (and for exactly the same amount) in the same round. And, the AAO has not had great success with State funding in the past, so it is good news for them.

As the Australia Council round from October 1 was only being assessed last week, we will not know that result until mid-December (or a little later).

Potentially, this could leave the MJC with no funding support for 2020 (except for only $1500 from a financial year APRA/AMCOS grant).

Of course, the A.C. used to stress the notion of “forward planning”, but that seems to be a luxury from past times (unless a major arts company).

The MJC has already booked its January and February program (including several expatriate artists), as well as some touring artists into March and April. We have been prudent in maintaining sufficient capital reserves to keep functioning through these challenges (such as in 2018, when we lost A.C. funding for the first time in our history).

But the Arts pages continue to announce yet another long-standing arts organisation which has decided to cease operations because they were unsuccessful with their A.C. application for 4-Year funding.
It is a rapidly changing landscape in the arts, and the world generally, and unless people support these art presenters, they will cease to exist (just like the book and record stores that are replaced by endless retail chains and cafes).

In Sydney, Venue 505 is moving from its Cleveland Street premises after a decade of continual nightly activity, and relocating its presentations to the Old 505 Theatre in Newtown. This will be a new formula, but will effectively equate to less performance opportunities overall on a scene which already lacks venues.