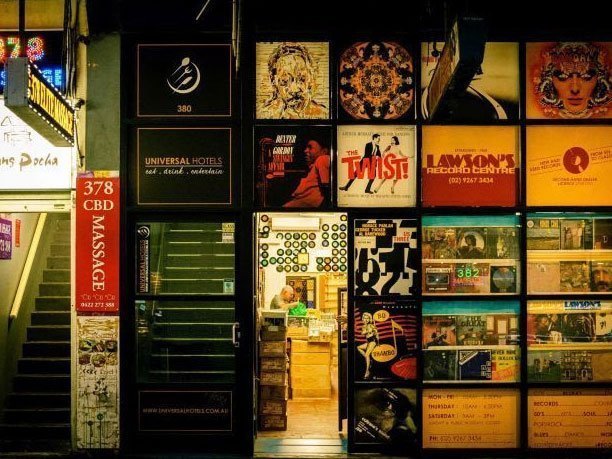 I visited Sydney over the last weekend and was shocked to learn of the closure of Lawson’s Records store, a Sydney institution since 1964, on April 27.

Located in Pitt Street near the Chinatown (or, more precisely, K-Town) end, it was the last survivor of a strip of record and book stores which included the venerable Ashwoods (1932-2003), Martin’s, The Pitt, Red Eye Records, and others stores at various times.

This followed on from the closure of second-hand vinyl store Revolve Records in Erskineville on February 1 (after 11 years in that location). 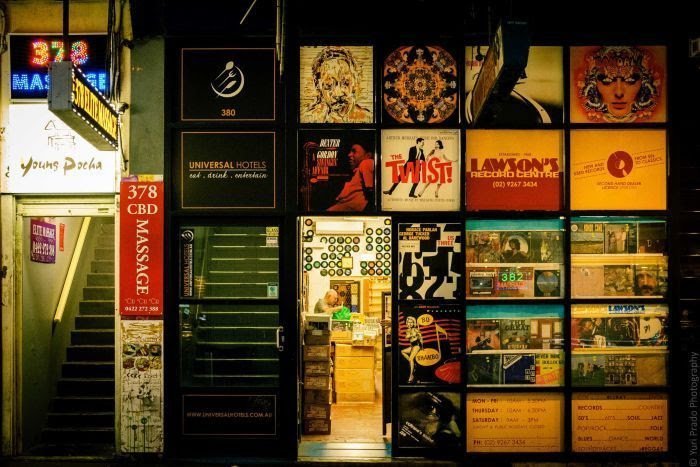 While other newer and ‘hipper’ stores have opened up in recent years in Sydney (such as Radio Free Alice and Repressed Records), they cannot compare with the sheer size and depth of stock of Lawson’s and Revolve.

In more than 40 years of ‘field trips’ to Sydney, these stores yielded CDs by Sydney artists that I did not existed, and LPs that I have never seen before (including ABC Radio internal pressings of Charlie Munro, Judy Bailey and Julian Lee). Now, sadly, due to greedy landlords, there is yet another huge gap in the Sydney music scene.

Of course, Sydney’s Birdland Records has always aimed to have the most extensive collection of current Australian jazz albums (but on my relatively meagre income there has been a limit to how many full price albums that I could purchase at one time).

This brings me to the Australian Jazz Awards, as being an invaluable resource in collating information on Australian jazz releases. Eric Myers, as National Jazz Co-ordinator, used to publish a list of new releases which were sent to his Office. Later on he was commissioned by APRA to compile annual lists of Australian jazz releases over the mid-2006 to mid-2009 periods for the APRA Award for Most Performed Jazz Composition of the Year.

Now, notwithstanding the continued efforts of veteran discographer Jack Mitchell, AO, and the Australian Jazz Museum, there is no comprehensive data on the deluge of independent Australian jazz releases. So, this is one additional value of the ‘Bell’ Awards which is often not recognised.

Arriving back in Melbourne on Tuesday, in Brunswick alone there was a choice between a duo of Scott Tinkler and Ren Walters at The Brunswick Green, or solo piano from visiting U.S. artist Dan Tepfer, followed by the opening of Omar Sosa’s season the next night, as well as the Stonnington Jazz concerts (in which a highlight of Barney McAll’s concert was the absolutely exquisite and beautifully melodic solo from bassist Sam Anning).

Stonnington’s Jazz Industry Summit featured international guest, Lilly Schwartz, Director of Programming for the SFJAZZ Center facility (and the San Francisco Jazz Festival), and it is great to make these international connections. While that city is indeed extremely fortunate to have such an impressive purpose-built and funded facility, having visited San Francisco in a non-festival period last year, I firmly believe that we are very lucky to have the year-round scene of music on offer here in Melbourne.

Lastly, as the Producer of the “Notes From the Underground” 3 CD set (which has not yet sold out, 20 years after its release), I thoroughly support the project to re-release the Transwaste material from that set as a stand-alone album of powerful 1980s Industrial Rock, and as a tribute to the three musicians (and friends) who are no longer with us: Peter Jones, Gavan Dunn, and Jamie Fielding.