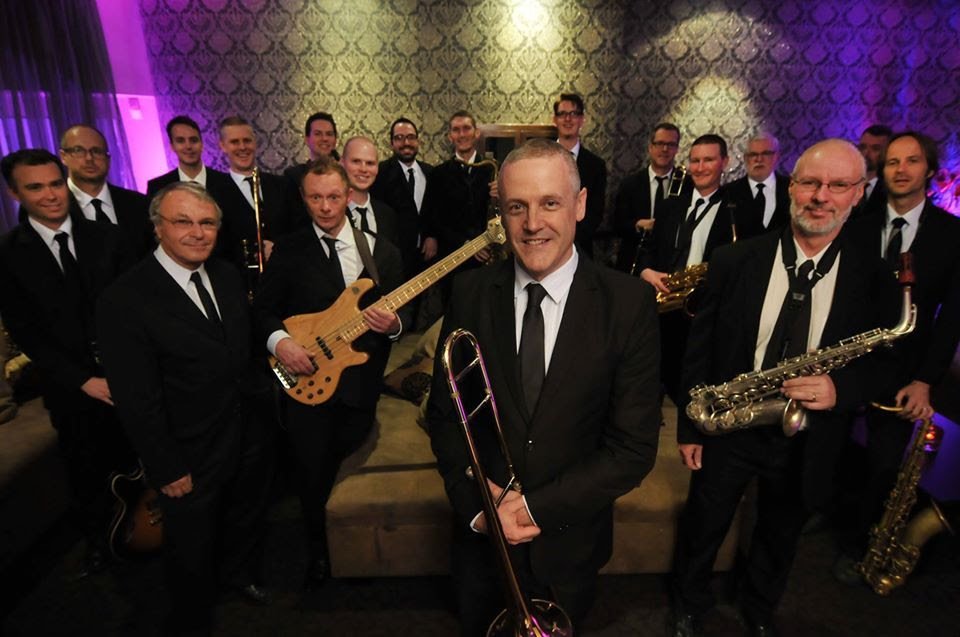 When I was teaching classroom Music at Kew High School, one of the benefits in recent years was the opportunity to sit in with the Stage Band rehearsal (after school), under the direction of woodwind teacher Martin Corcoran. Not only was Martin an inspiring leader (with intimidatingly good aural skills), but he choose some varied and interesting repertoire, including several Australian works.

Most of these compositions were by members of the Daryl McKenzie Jazz Orchestra (in which I assume Martin has ‘deped’ at times), including pieces by Nick Mulder, Roger Schmidli, Lachlan Davidson, and McKenzie. There was also one by Graeme Lyall (“Gotcha”), and they were all published by Brolga Music. Some were specifically written for the “Generations in Jazz” Stage Band competition, but they were also performed and recorded by the Daryl McKenzie Jazz Orchestra.

The DMJQ is built on the classic big band template, and its music is very accessible, but with some interesting ‘twists’ (in other words, it often sounds less challenging than it actually is to play). Formed back in 1992, the band currently performs once a month at The Paris Cat, with a guest vocalist, while managing to provide a platform for some original works (showcased in their five albums).

Whenever I come across Stage Bands from private schools, I am nearly always impressed by their technical standards, but often disappointed by unimaginative repertoire (and the lack of Australian works). “Generations in Jazz” is obviously doing its bit to change this, but it really is about time that there is change across the board (and more support for Australian compositions that are well-crafted, and provide more than enough musical challenges).

It is to be hoped that tertiary institutes and Music departments in specialist music schools support both the AJRB and Brolga Publishing – especially in Australian Music Month!

Congratulations to both Erkki Veltheim and Andrea Keller for their Awards from the Melbourne Music Fund. Veltheim is not only a “monster” improviser, but he composed some magnificent orchestral works for Gurrumul’s last album, Djarimirri. It does seem odd for Andrea to receive an Award in the “Emerging Composer” category after winning three ARIAs for her Jazz work, but it is yet another major accolade for her.